May 24, 2020
or, writing good fiction about WW1 aviation without falling into the boy's-own-adventure/troubled pilot cliches 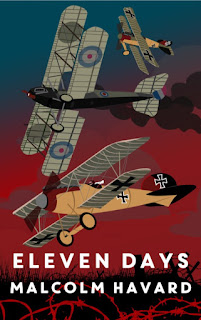 Unless you're an aviation buff or a movie fan you may not get the reference in the title. It's to the book the film The Battle of Britain was based on and refers to how close the margins between victory and defeat in the battle was. It is also a useful analogy for what the movie tried to do; tread the line between entertainment and historical accuracy.

It's also a useful starting point for this blog.

I write literary fiction. But I also write about aviation in WW1.

To some that's an oxymoron.

Although the world has accepted some WW1 books as literary - Sebastian Faulks's Birdsong and Pat Barker's Regeneration trilogy, for example, as well as the classic Remarque All Quiet on the western Front - so far, aviation related books have failed to make a breakthrough.

It's fairly easy to see why. Most falls into a few categories; 1. the boy's-own/ripping yarns adventure of the fighter pilot struggling against the odds in dangerous skies; 2. the troubled bad-boy fighter pilot who finds redemption and; 3. the love life of types 1 and 2 - actually most are a combination of all three.

It's understandable. The air was one of the few theatres of war which, literally, rose above the mud to create individual heroes that the public could identify with. These were, invariably, fighter pilots; Albert Ball, George Guynemer, Werner Voss, the Richthofen brothers and Eddie Rickenbacker all had their followers. It was also natural that the books that were an easy sell were those that concentrated on fighter pilots, both in fiction and non-fiction. Those books tend to edge towards being adventure stories.

You'd think that fighter pilots and their squadrons was all that WW1 aviation was all about. It absolutely wasn't. The primary function of aircraft in the conflict was reconnaissance, in this they took over from the cavalry who were not able to operate as they had prior to trench warfare. Pure fighter squadrons came relatively late; even the Germans who developed the first practical fighter in the Fokker Eindekker initially operated them as an adjunct of general purpose operations. It was not until 1916 that both sides adopted specialists squadrons.
And what were those fighter squadrons for? They had two roles; firstly to protect their own sides reconnaissance efforts and, secondly to stop the enemies machines in gathering intelligence.
It was a secondary role.
Though it did need the best pilots and best equipment.
So the real war, and the bulk of activity, was in photo reconnaissance, artillery spotting and general intelligence gathering. Not very sexy - and hard to write an entertaining novel about!
I've set myself a mission to put this right, hence Eleven Days. It has been a headache to find a form that works, not only as an entertaining read but also one that is literary enough to mark the novel out as being above the average.
I started out with the idea of just writing about the most deadly time to be a reconnaissance pilot; Bloody April in 1917 where the largely obsolete machines of the RFC were slaughtered by the technically superior Albatros of the Germans. I soon realized I'd have to expand this to make a proper novel. The result is a story about family loyalty, loss of innocence, mental collapse and the media creation and exploitation of heroes.
It's structured in three parts; a prelude, the eleven days itself and the aftermath. The largest part and the core of the book is the eleven days that my young main character, Eddie Grenville, spends flying during Bloody April which I think has to be right; it's the period I want to highlight to do justice to the sacrifice of the real aircrew on both sides. The rest of the story is essential though to explore how the effects of what individuals went through ripples out much more widely.
Whether I've succeeded in this I'll find out after 1st July when it's published!
I know it's a narrow margin between success and failure, between Birdsong and Biggles! 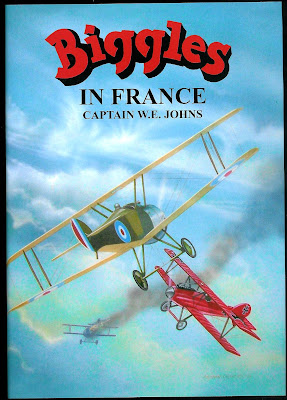 (or the perils of trying to write about what combat flying in WW1 was REALLY like) Like many men of my age (no, I'm NOT going to say what that is), as a boy I read Biggles. I know I'm not alone in the fact that my interest in aviation in general and WW1 aviation in particular comes from reading Captain WE John's stirring stories of derring do from the age of about six onward. It seemed to real, so vital, so exciting. Biggles has got a lot to answer for! As I got older and read in more depth on the subject it became apparent that things in WW1 were very different. Yes, compared to the squalid nightmare that was trench warfare on the Western Front, the war in the air was glamorous, the pilots - particularly the Aces - were the knights of the air. But, that's only comparative; for far too many life for the aircrew was short, brutal, very uncomfortable and incredibly stressful. The aircraft were often unreliable, some were structurally unsound. Early ones could bare 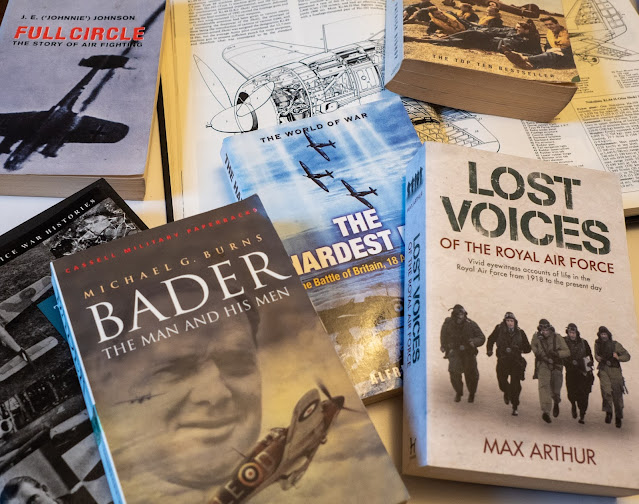 As I am a writer of historical fiction that often involves aviation, you will not be surprised to find that my answer to this question is a resounding 'Yes'! But this is a serious question that I sometimes ask myself. The reason for this question should be obvious and can be gleaned from the photograph above. These are a small range of the books on historical aviation that were within a few moments reach from my writing table. I could have displayed a lot more. In total I have perhaps 300 books on the subject covering mainly 20th century flying with a clear concentration on my main areas of interest, WW1 and WW2 plus sub-areas; the inter-war years and the late 1940s and 1950s. Only my old camera collection rivals my book buying! There is, therefore, a veritable library full of books on the subjects already. I only own a fraction of what is out there.  So far...Give me time! These books of mine have one thing in common; they are all non-fiction. Every single one of them. I don& 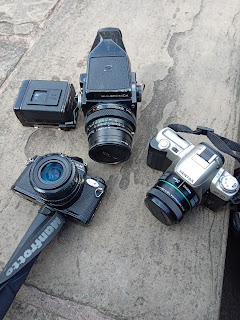